Some of the most important ecclesiastical monuments of Cyprus are found in Marathasa. The most famous, Kykkos Monastery (north of Mylikouri village), was founded in the 10th century by the Byzantine Emperor Alexios Komnenos I, and its most precious artefact is the icon of the Panayia Eleousa (Holy Virgin of Mercy), which is said to have been painted by the Apostle Luke. Trikoukiotissa Monastery, a few kilometres south of Prodromos village, dates from the 13th century, but only its church survives from this period. Local tradition puts the establishment of Trooditissa Monastery, 7 km south of Prodoromos, around the 8-9th century, but the oldest recorded reference comes from the 14th century. St John Lampadistis Monastery in Kalopanayiotis village was founded in the 11th century, at the site where it is said the Apostles Paul, Barnabas and Mark baptised a local saint, St Heracleidios, in the Setrachos river. The Katholikon (main church of the monastery) is the original 11th century building and the oldest surviving church in Cyprus. St John Lampadistis monastery, the Church of the Virgin in Moutoullas village and the Church of the Archangel Michael in Pedoulas village are listed as UNESCO World Heritage Sites and are among the ten Painted Churches of the Troodos Region. 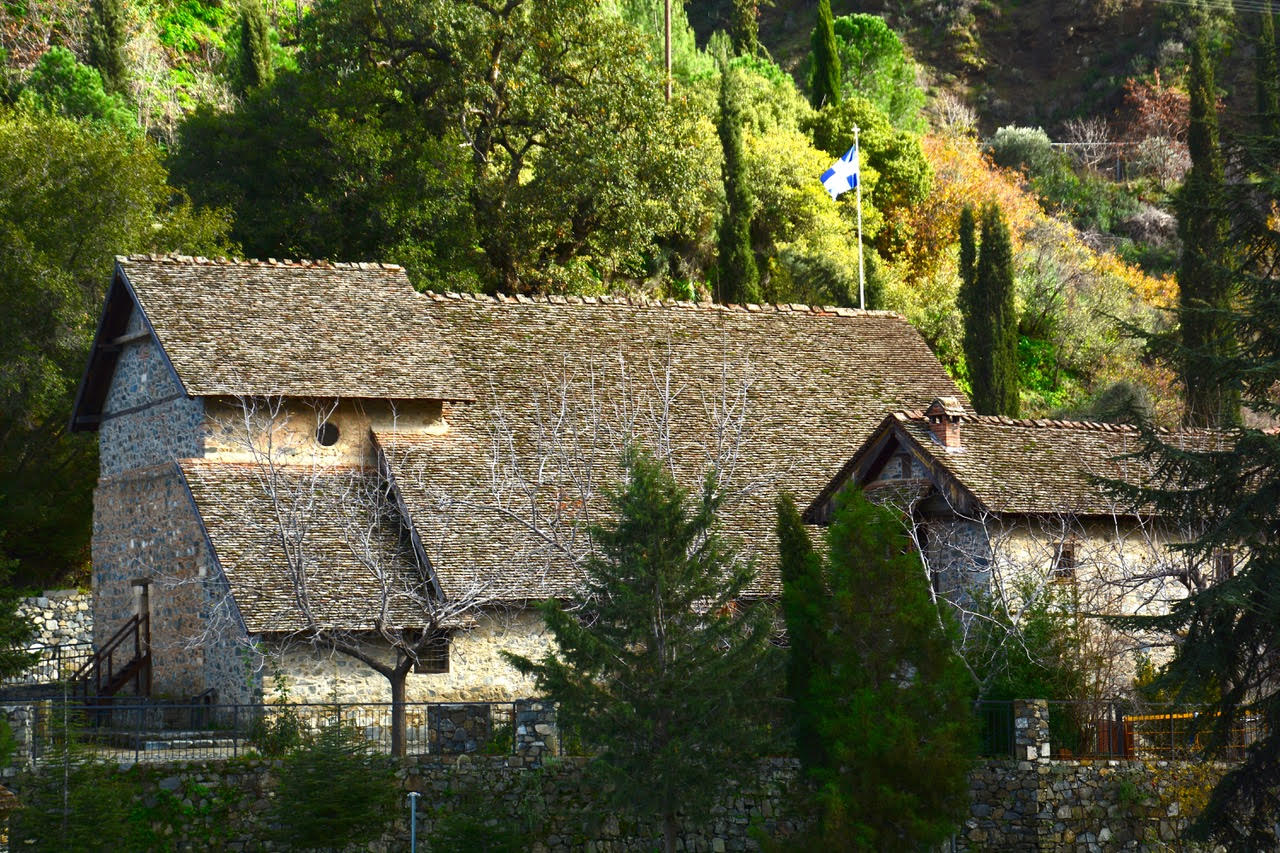