Walking along the marked paths around Chionistra, you will see impressive green and grey rocks that geologists call ophiolites (meaning snake-like rocks). These rocks formed about 90 million years ago, at a depth of about 8000 meters, at the bottom of the Tethys Sea that separated Asia from Africa. 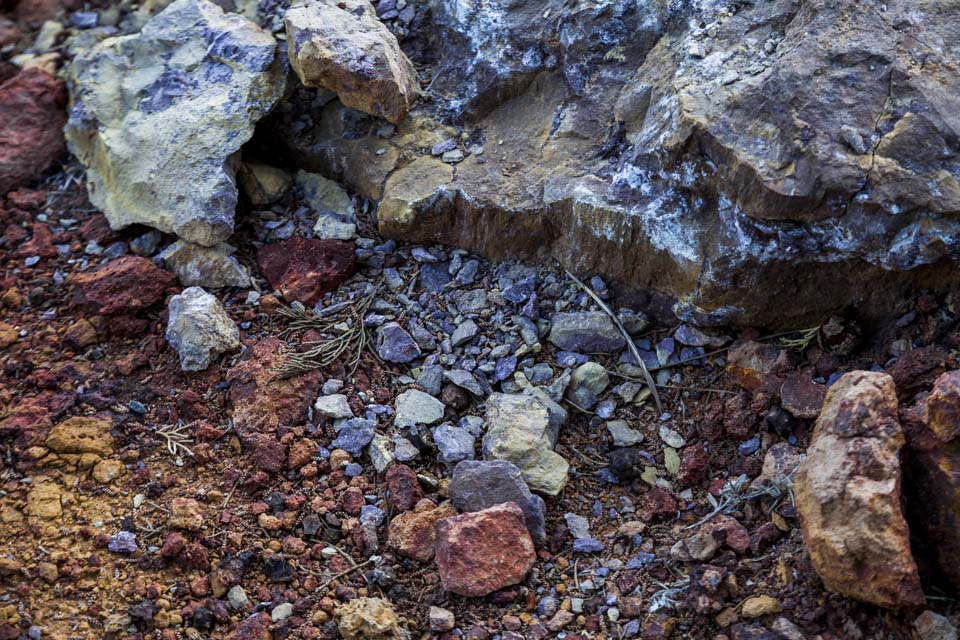 During the Oligocene (34 to 23 million years ago) and Miocene (23 to 5 million years ago) geological periods, the movements of the tectonic plates in the Earth's fluid crust led to the birth of mountains on a global scale, whereby huge volumes of rock emerged from the seabed to form the great mountain ranges that we know today, such as the Alps and the Himalayas.

The Troodos range emerged from the sea some 15 million years ago, rising to a height of 1952 m. Among the ophiolitic rocks of Troodos, rich deposits of asbestos, chromite, pyrite and copper, as well as gold and silver can be found. Copper mining was very important until the 1950s, and asbestos and chromium mines were central to the local Cypriot economy until the mid-1980s. Today, only small quantities of copper, gold and silver are mined at Skouriotissa in the Solea valley, east of Marathasa.