The most impressive mammal in Troodos is the Cypriot Mouflon, called “agrino” by the local people (Ovis orientalis ophion). It is a large species of wild sheep, thought to have originated from Asia, and is the ancestor of today’s domesticated sheep. It has lived in Troodos since the Neolithic period, but almost disappeared due to intensive hunting. In recent years, the mouflon has been strictly protected and its population has now exceeded 3,000. You may see small flocks of 5-6 individuals or solitary animals on your mountain walks, or even in the outskirts of some villages. The males have large swirling horns, while females are smaller and hornless. 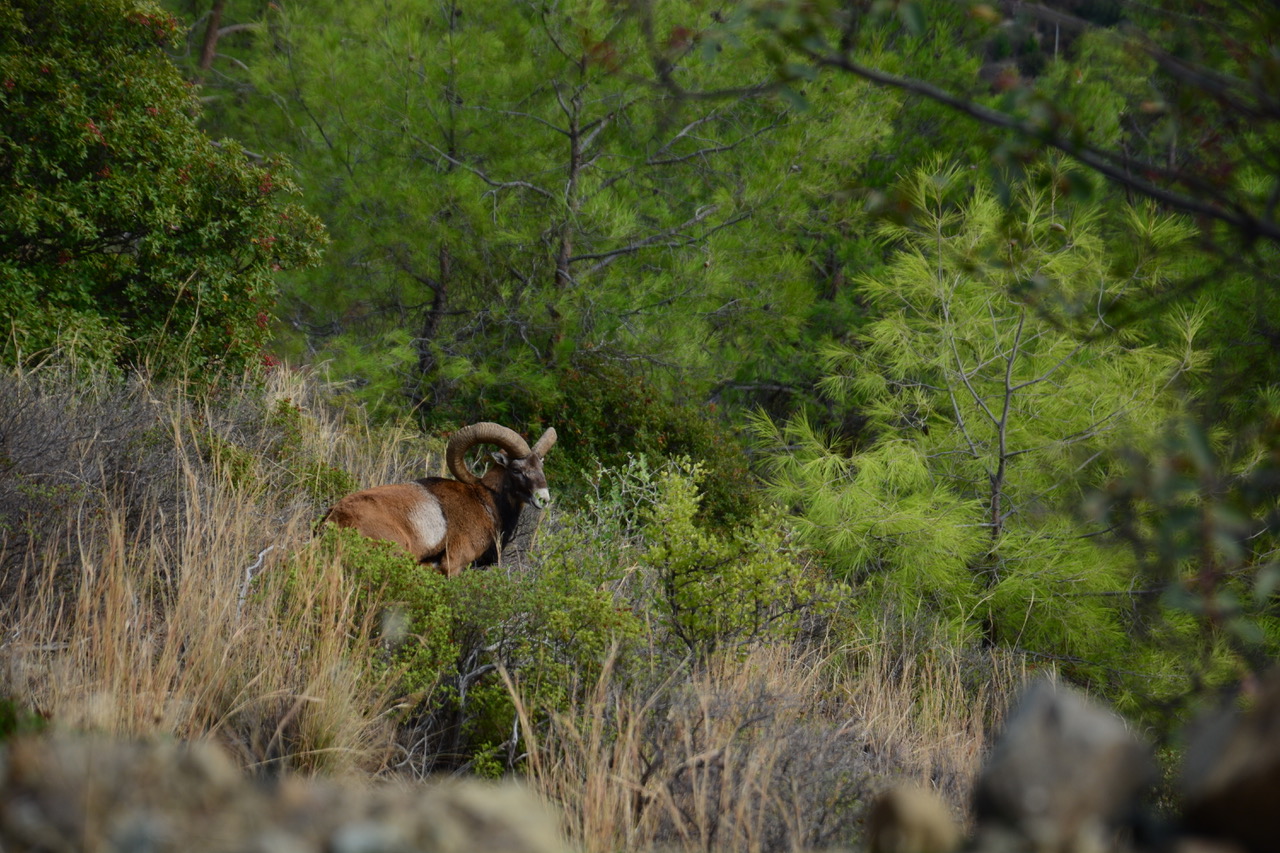 Other species of mammal which can be found in Troodos include the fox (Vulpes vulpes), hare (Lepus europaeus) and hedgehog (Erinaceus europaeus), as well as small rodents and bats. Among reptiles it is worth mentioning the viper (Macrovipera lebentina) which often nests under the shade of shrub-oaks and hikers should be particularly careful when walking on grassy ground.